Going for a drive in search of the Cheetah family in Mountain Zebra Park was by far the highlight of my recent visit to the park.  Apart from the breathtaking sceneries and a wide variety of other beautiful animals that we saw, I really enjoyed tracking them. 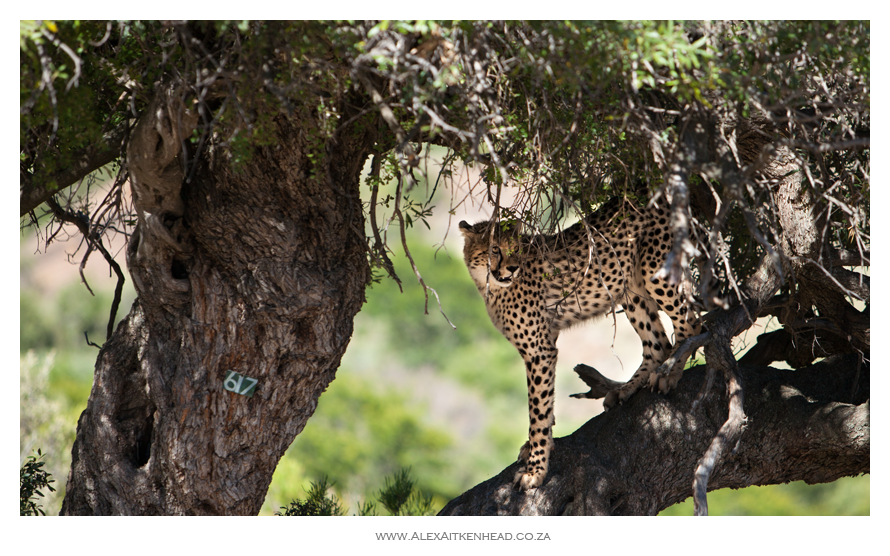 What a lovely way to start the new year.  Early morning on the 1st of January 2015 we assembled at the main office.  Our guide was very friendly and informative.  We were very lucky to see mom and her 4 cubs playing in the road.  But soon they vanished into the hills, and we then got out the game driving vehicle and started to follow them on foot.

I loved getting in touch with nature whilst at the same time I was very excited to be close on their heels. 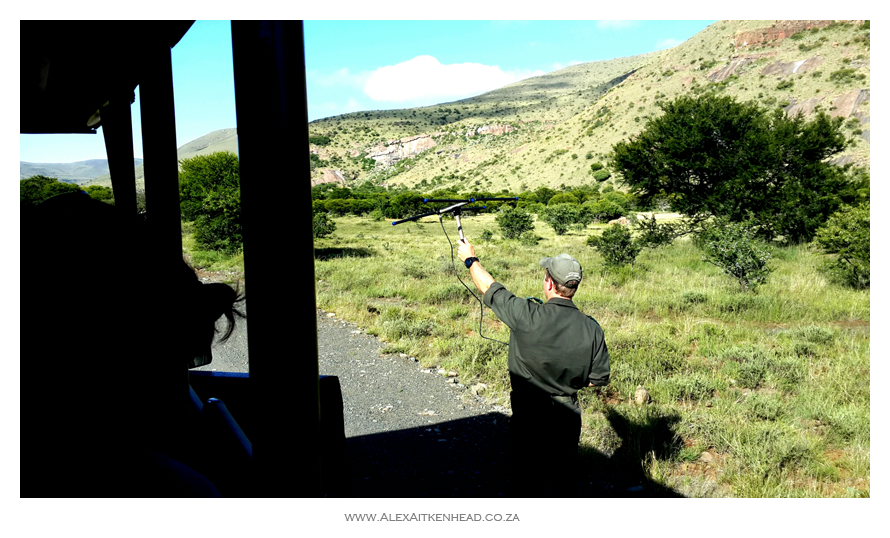 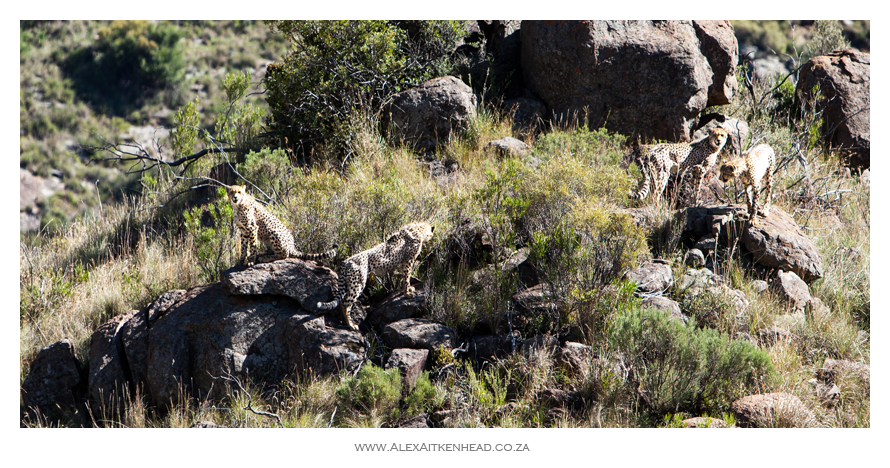 After about an hours’ walk into the hills, we found them enjoying the sun and playing on a rock nearby.  Mom was always placing her body high up in  a tree or on a rock to see if she can find the meal for the day.

This is a must-do experience and a park that should be on your to-do list of parks to visit if you have not been here before!  Thanks to my loving husband for taking care of our little Toekie whilst mom had some time out with nature! 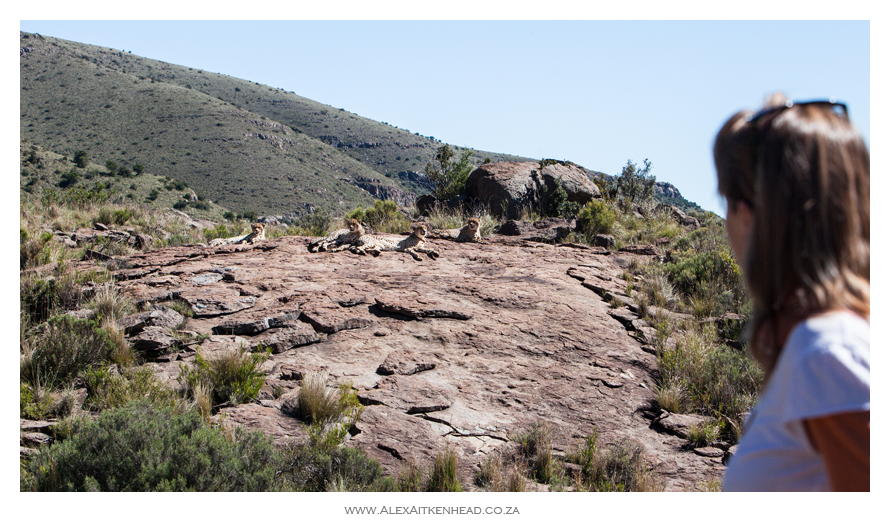 “Drive out with your guide to search for the elusive Mountain Zebra National Park cheetahs. When signal from a collared cheetah is found, you will have the opportunity to get closer on foot. 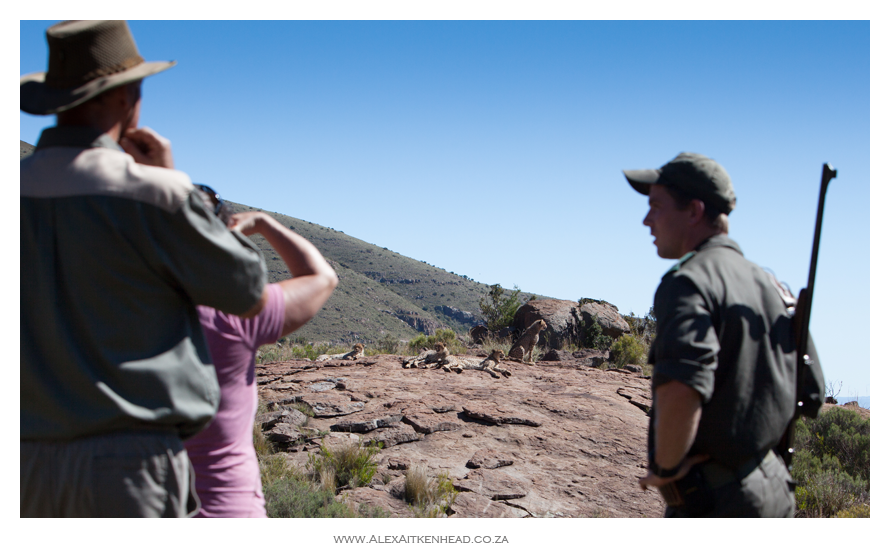 The cheetah (Acinonyx jubatus) is a large feline (family Felidae, subfamily Felinae) inhabiting most of Africa and parts of Iran. It is the only extant member of the genus Acinonyx. The cheetah can run faster than any other land animal— as fast as 112 to 120 km/h (70 to 75 mph) in short bursts covering distances up to 500 m (1,600 ft), and has the ability to accelerate from 0 to 100 km/h (62 mph) in three seconds.

The cheetah is a unique felid, with its closest living relatives being the puma and jaguarundi of the Americas. This cat is notable for modifications in the species’ paws, being one of the few felids with only semi-retractable claws.

Its main hunting strategy is to run down swift prey such as various antelope species and hares. Almost every facet of the cheetah’s anatomy has evolved to maximise its success in the chase, the result of an evolutionary arms race with its prey. Due to this specialisation, however, the cheetah is poorly equipped to defend itself against other large predators, with speed being its main means of defence.

In the wild, the cheetah is a prolific breeder, with up to nine cubs in a litter. The majority of cubs do not survive to adulthood, mainly as a result of depredation from other predators. The rate of cub mortality varies from area to area, from 50% to 75%,and in extreme cases such as the Serengeti ecosystem, up to 90%. Cheetahs are notoriously poor breeders in captivity, though several organizations, such as the De Wildt Cheetah and Wildlife Centre, have succeeded in breeding high numbers of cubs.

The cheetah is listed as vulnerable, facing various threats including competition with and predation by other carnivores, a gene pool with very low variability, and persecution by mankind. It is a charismatic species and many captive cats are “ambassadors” for their species and wildlife conservation in general.