31/07/2016
The Rufous-tailed Scrub Robin is commonly found in the northern parts of Africa and southern Europe.  It was an incredible find for Peter Steyn and Andre Demblon to spot this little fellow in the Southern tip of Africa.  They are known to come as far south as Kenya, but to find him here was a true find indeed. People from all over the country cancelled all their plans and hastily booked their flights to enjoy this beautiful little bird on the banks of the Zeekoei Vlei dam in Cape Town, in the Western Cape of South Africa. 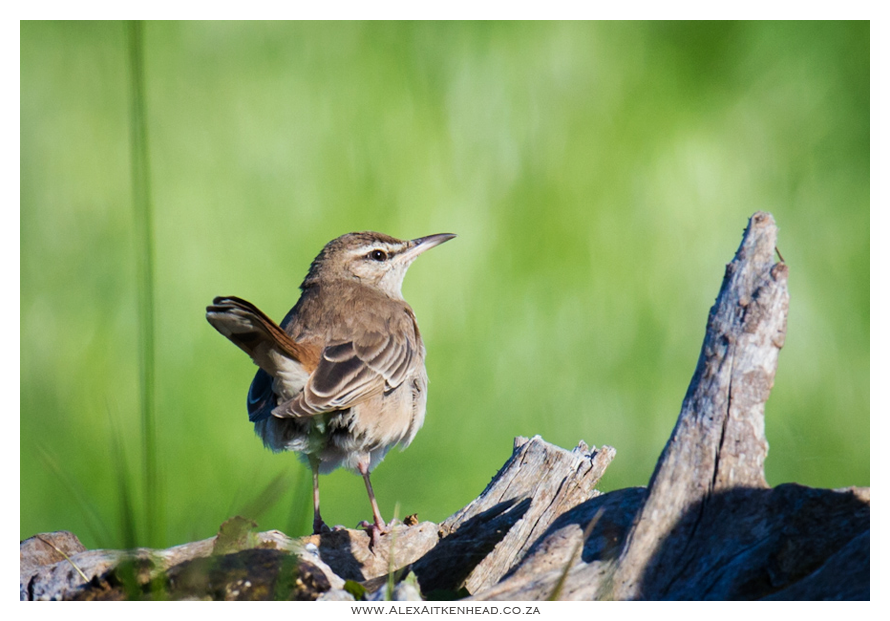 He escaped my camera when we first came to see him, but I was determined to tick this one off, and returned a week later to capture these images. 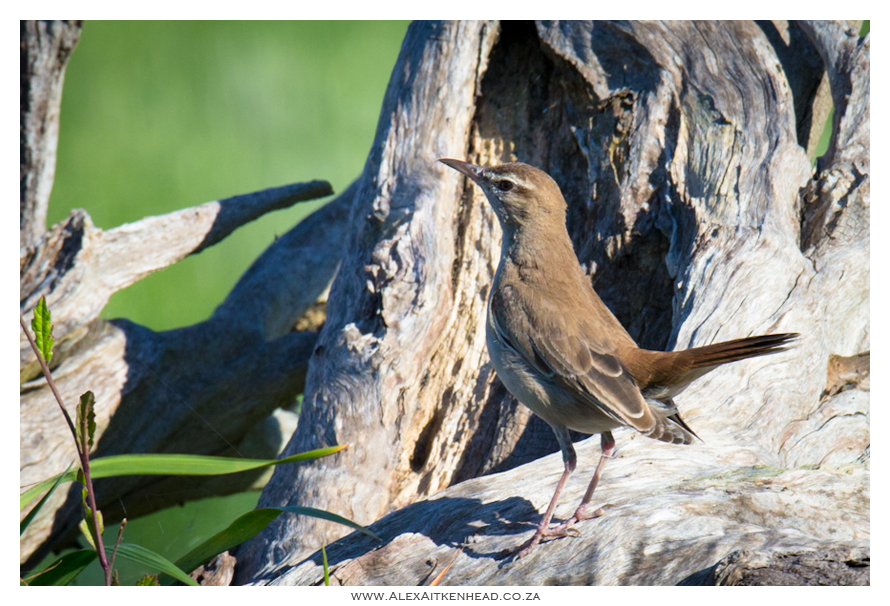 “The rufous-tailed scrub robin (Cercotrichas galactotes) is a medium-sized member of the family Muscicapidae. Other common names include the rufous scrub robin, rufous bush chat, rufous bush robin[2] and the rufous warbler.[3] It breeds around the Mediterraneanand east to Pakistan. It also breeds south of the Sahara from the Sahel region east to Somalia; these African birds are sometimes considered to be a separate species, the African scrub robin (C. minor). It is partially migratory, wintering in Africa (Kenya, South Sudan, Ethiopia, Somalia) and India. This is a very rare visitor to northern Europe. 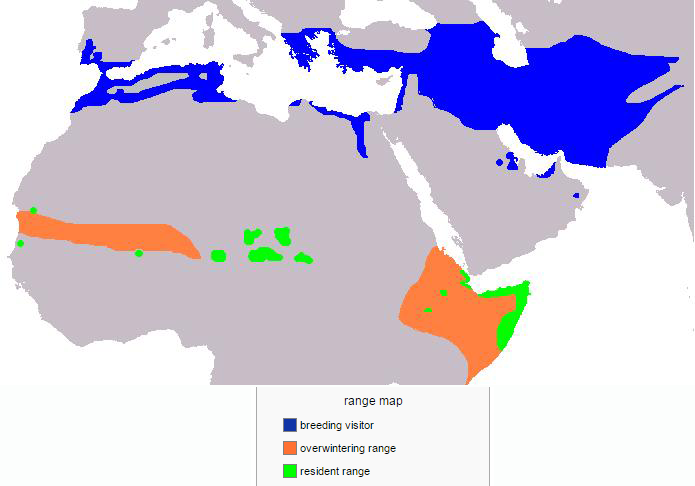 The rufous-tailed scrub robin is a bird of dry open country with bushes and shrubs. It builds its nest a few feet off the ground; there are three to five eggs is a typical clutch.
The rufous-tailed scrub robin is larger than the European robin. It has brown upper parts, whitish under parts, and a prominent whitish eye-stripe. The western race has a paler, warmer brown back than birds in southeastern Europe and Asia. The long rufous tail is frequently fanned, showing the black and white tips of the tail feathers. The adult male and female have similar plumage and the juvenile resembles the adult but is paler. These birds feed on insects mostly caught on the ground. Their clear thrush-like song has a sad tone.” Source WikipediA 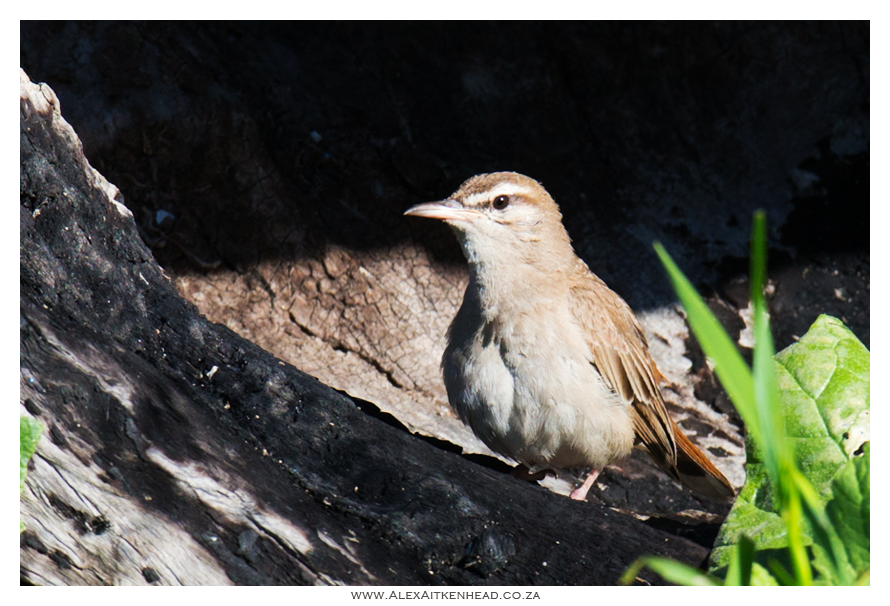 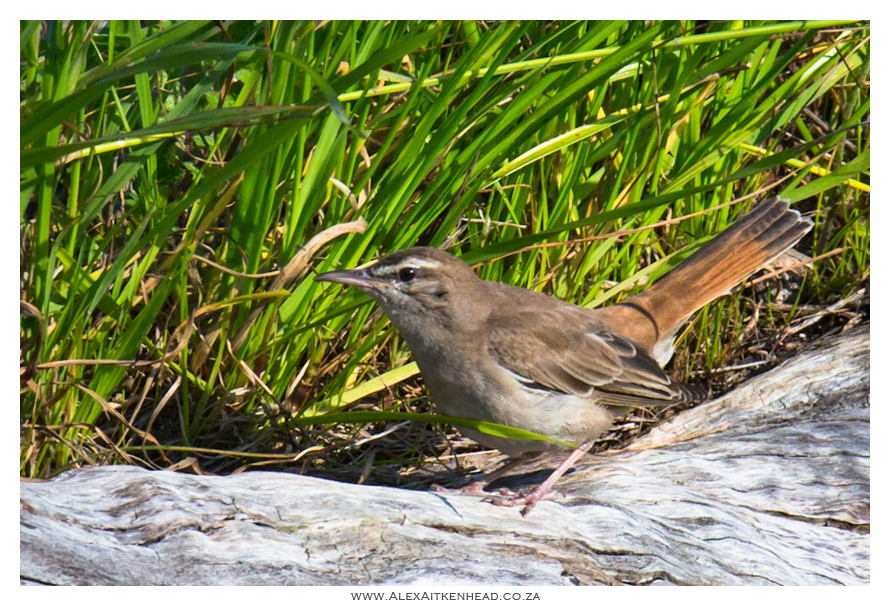