Buffalo stampede at the Shingwedzi River in the Krugerpark.com

On 25 December 2011, while enjoying a peacefull scenic sighting of a very large herd of Buffalo, who were at the river for a drink. The main bull left the group and walked up the embankment into the thick bush. The herd slowly followed behind. Suddenly we heard what could have been a loud gunshot or crack of a crossbow, and the entire herd stampeded back down into the river. We waited for the main bull to follow, but he was never seen again. We called the ranger on duty who came withing 5 minutes to investigate. He confirmed that the herd looked very spooked and this was not a standard preditor reaction. He was to cross the river and investigate what could have happened. In our opinion, he was poached or hunted as a trophy animal. We would loved to get an official response from South African National Parks what really happened that day. 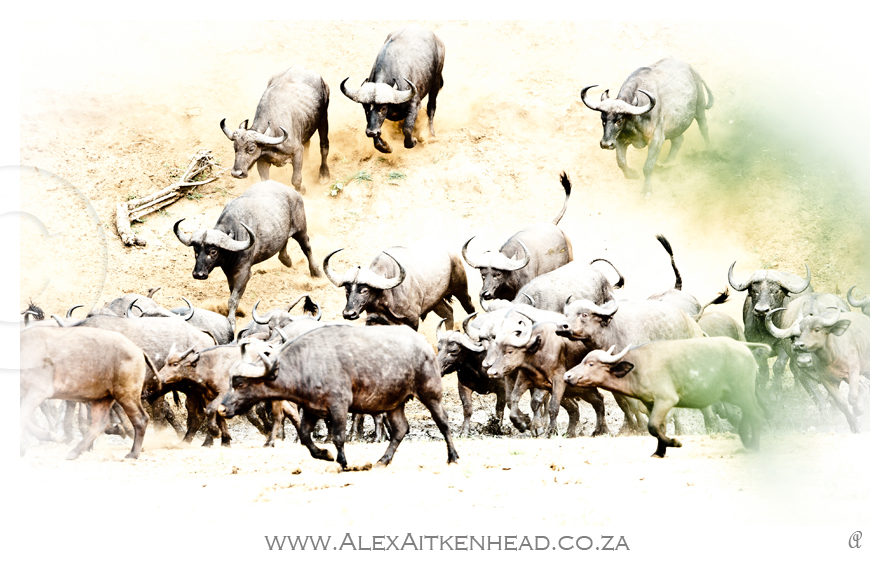