09/02/2018
The Redbull King of air kicked off from 27 January to 11 February 2018, and the wind proved to be very good the first week of the window period.  The first rounds took place on Saturday 27 January at the new venue, Kite Beach Table View. 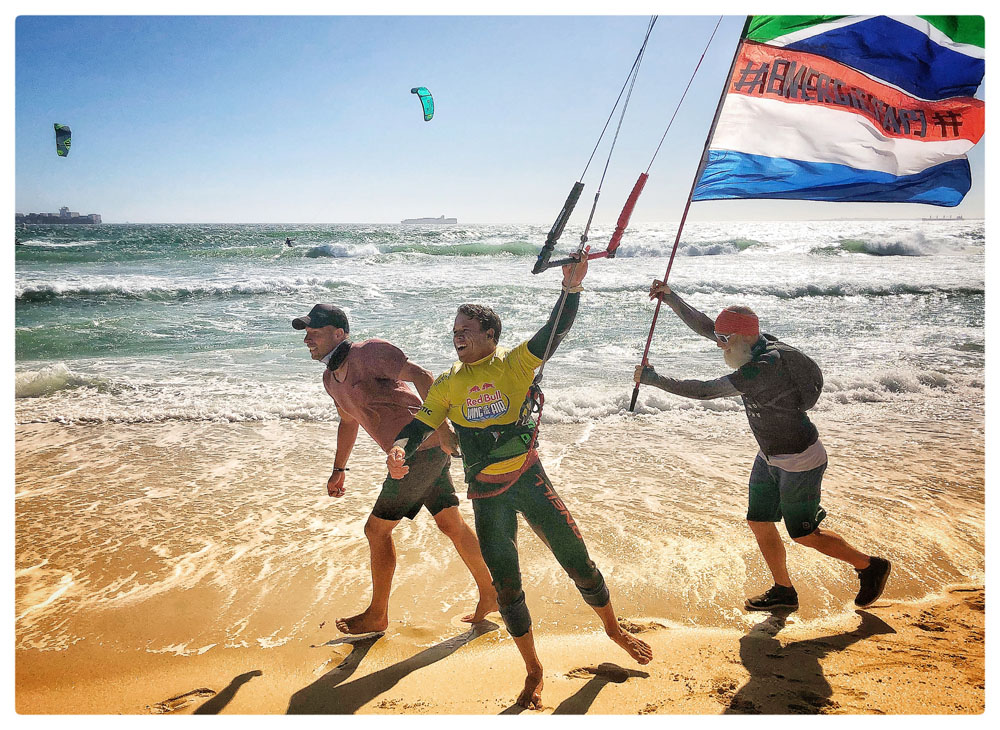 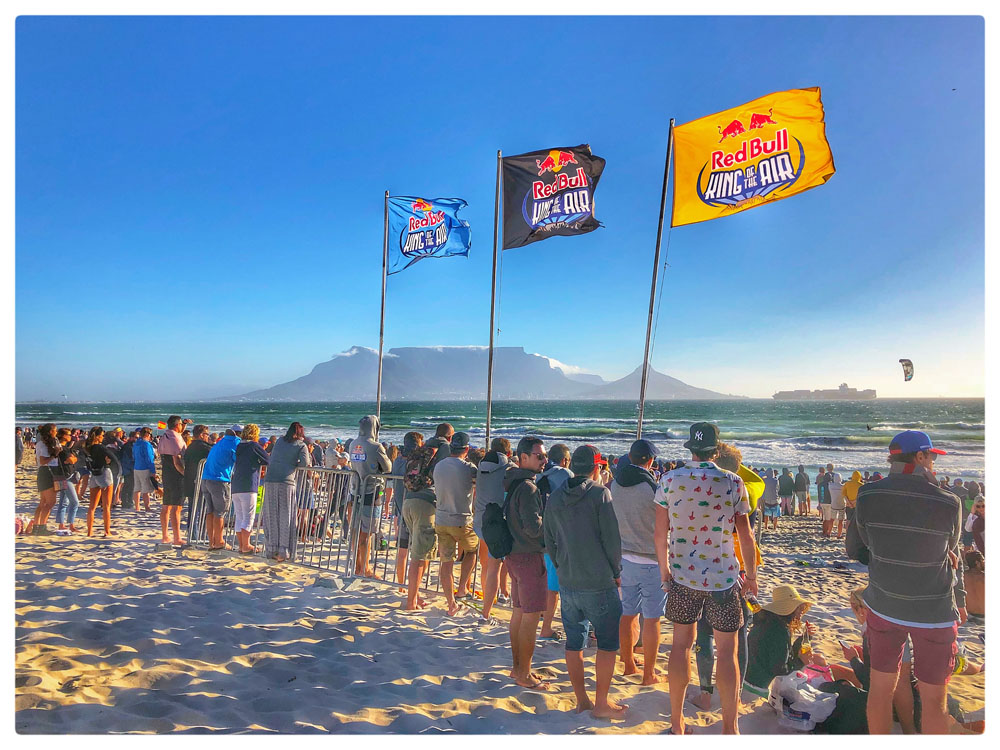 The Finals were held on the 31st of January and although the weather was perfect, the wind was not as expected, which resulted in a rather unexciting finish.  One would hope for an event like this to have our typical Cape South Easter pumping up to 40 knots.  This would allow balls to the wire showmanship that we have come to expect from the Redbull KOTA events. 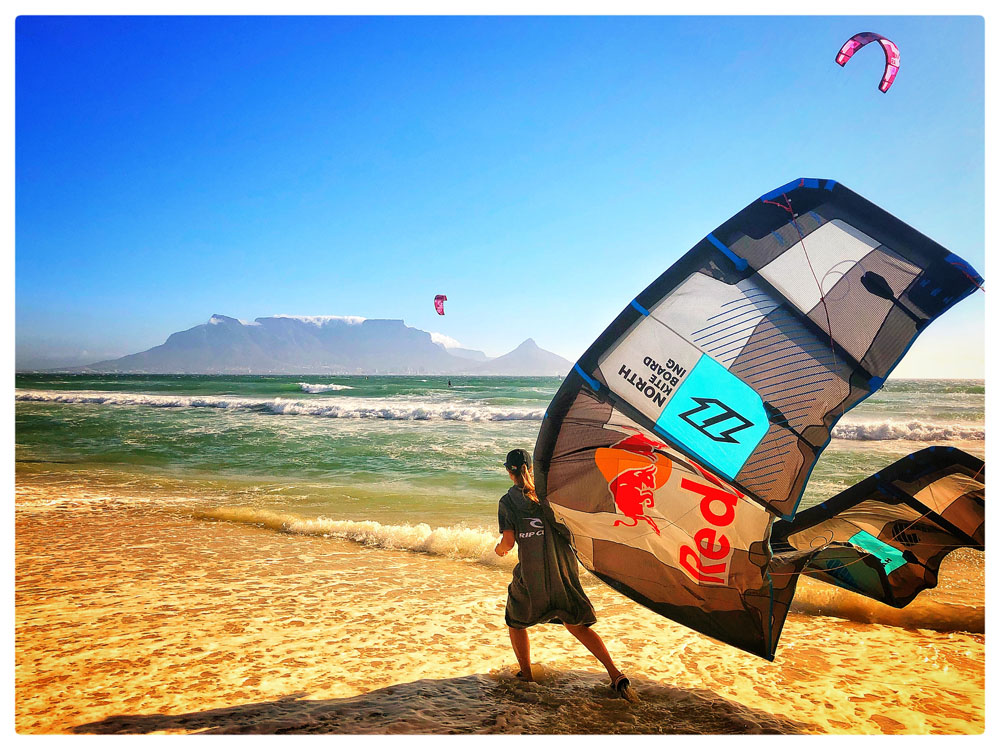 Aaron Hadlow’s kite caddie removing his kite off the beach after his chicken loop snapped.  His other kite caddie (Lewis Crathern) was not concentrating on his role as official kite caddie and was caught napping during this incident.  This resulted in him throwing his iPad to a friend and running up the beach to get a kite for Aaron. 15 kite loops later, he managed to hand over the kite to a rather grumpy looking Aaron Hadlow (rightfully so!) 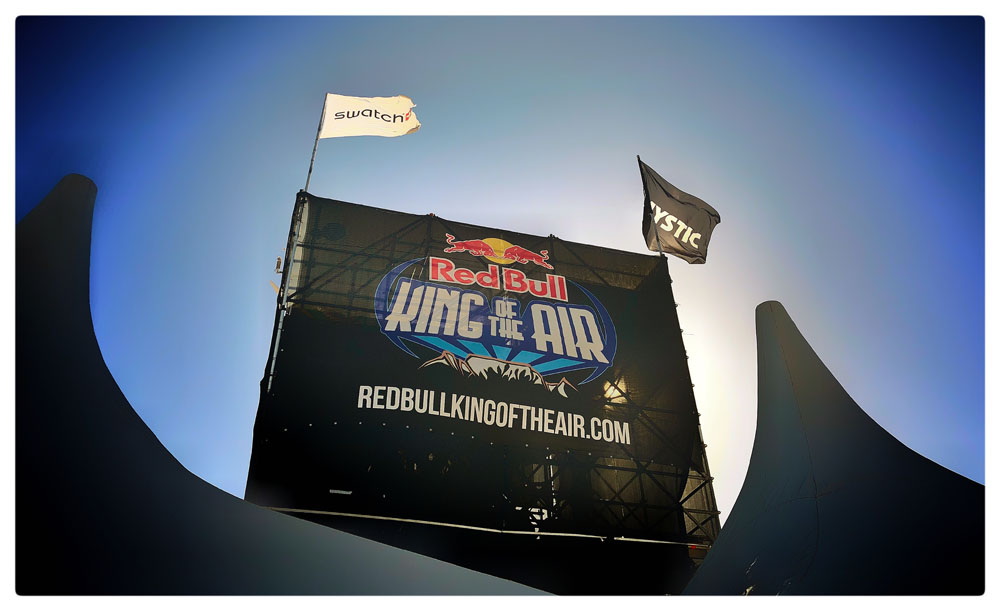 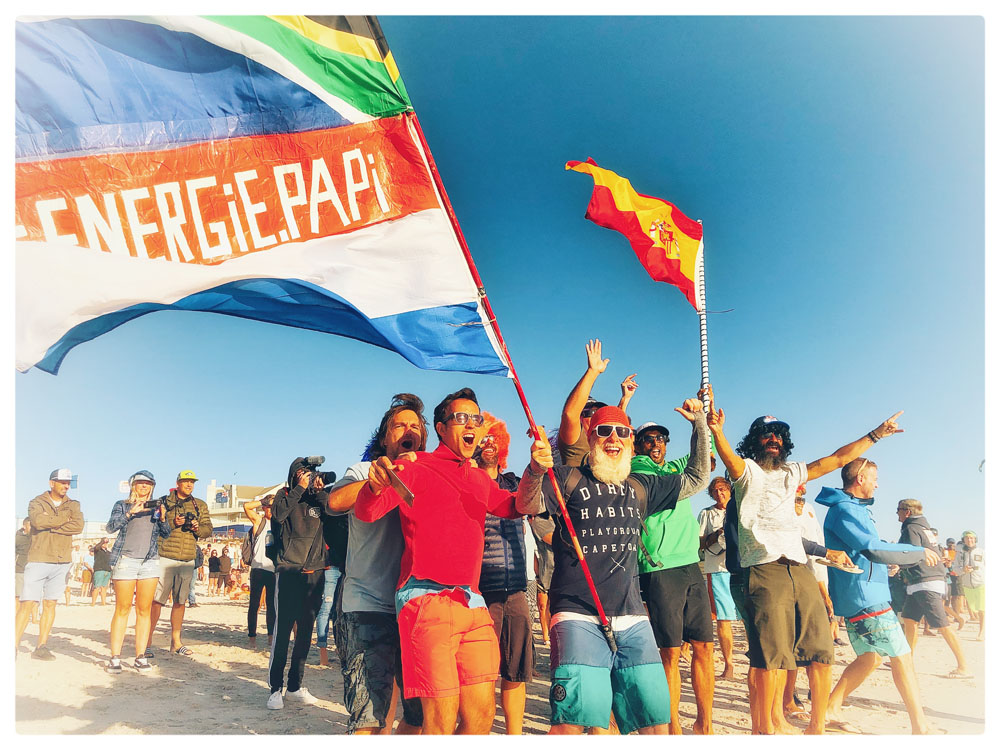 Awesome support from the Spanish Tourists in support of their man Liam Whaley.  Liam was a stand-out performer during his rounds and we feel he could have won this event hands down, but it would have appeared he simply ran out of steam in the finals.  All the other competitors had been training for weeks prior to the event, however Liam flew in the day before to play cover for Nick Jacobson who had broken his leg (while training for the event)  two weeks prior to KOTA2018. 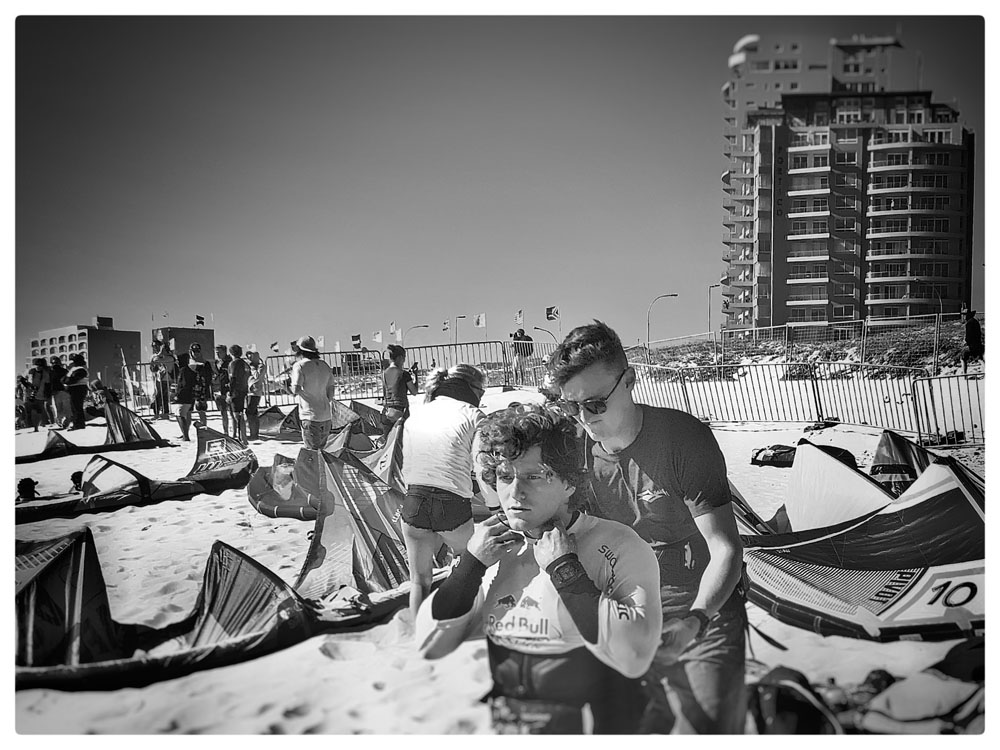 Jesse Richman getting ready for his heat.  In our opinion he was the stand out performer as always and we were shocked when he was knocked out by Lewis Crathern.  This lead to an extremely poor final which was then won by Kevin Langeree. 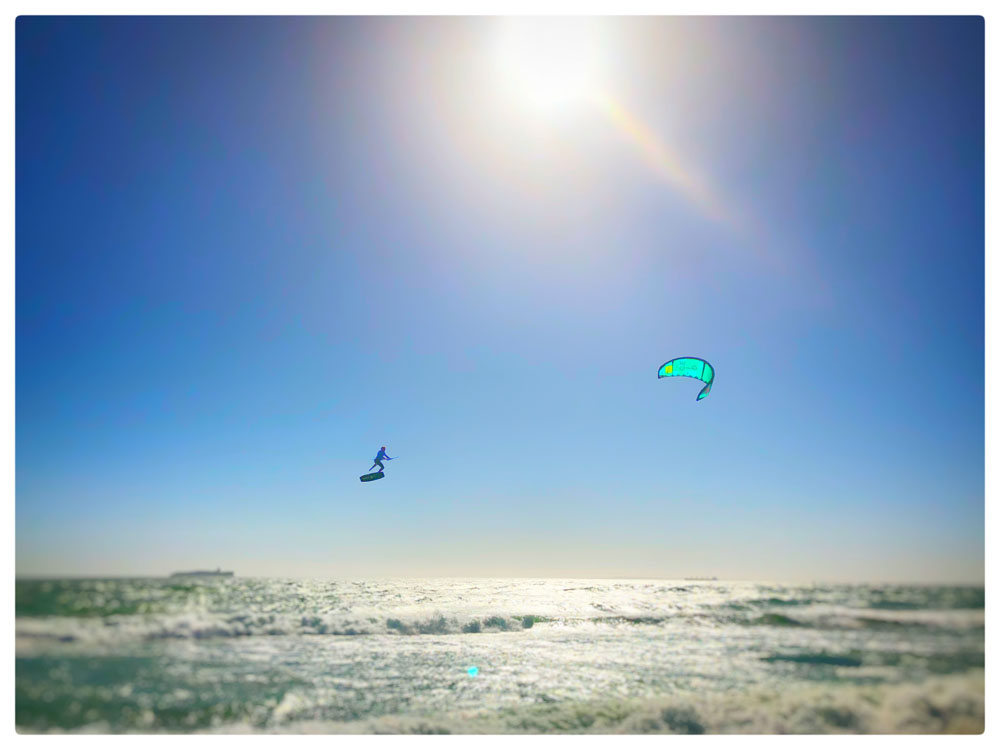 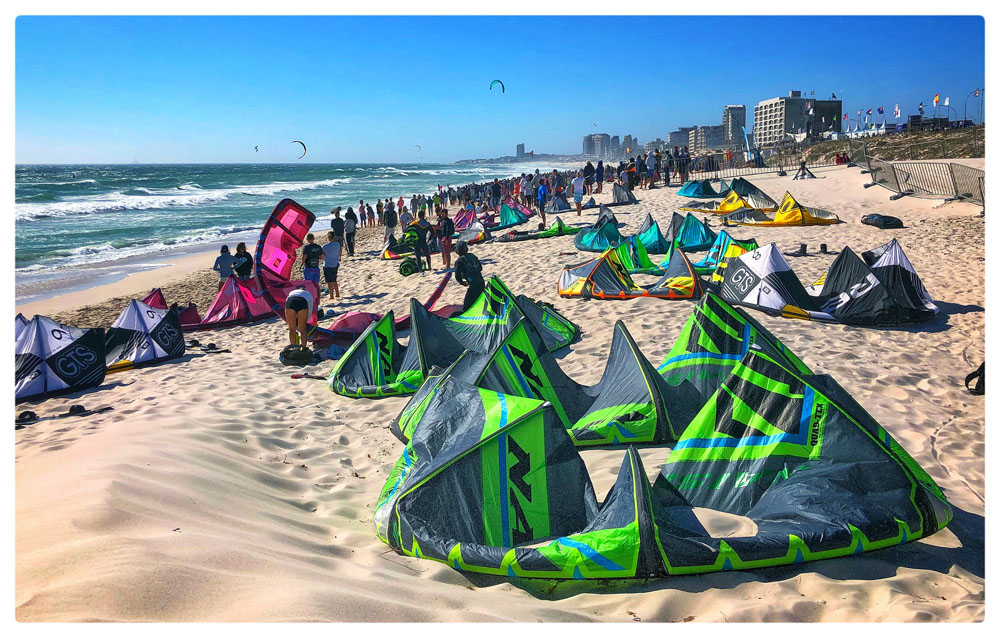 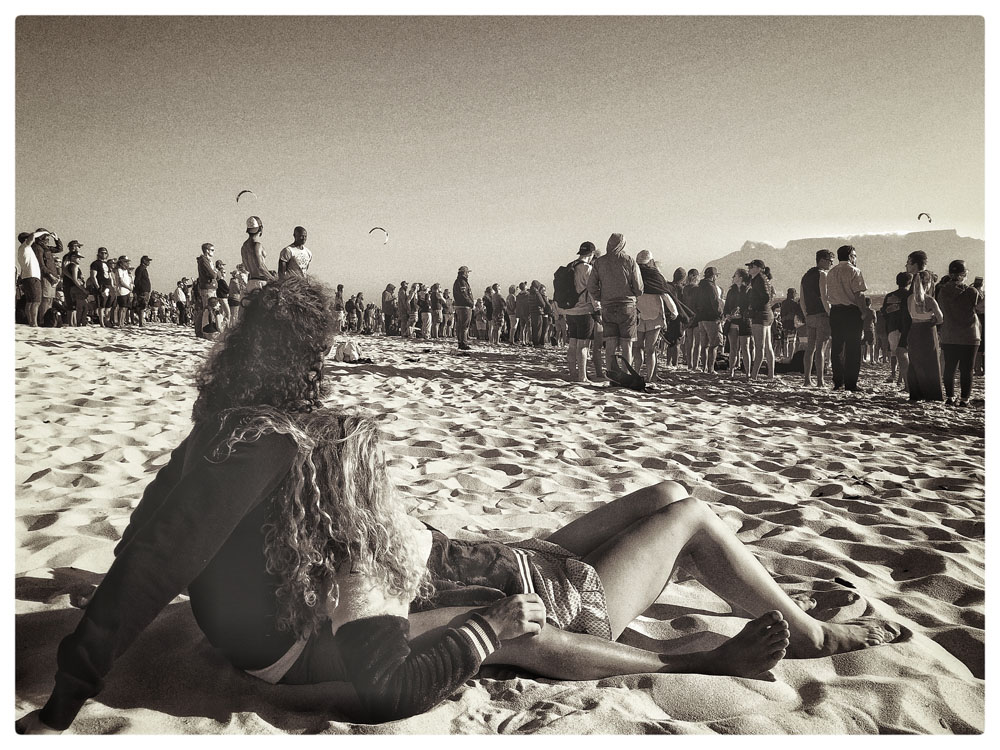 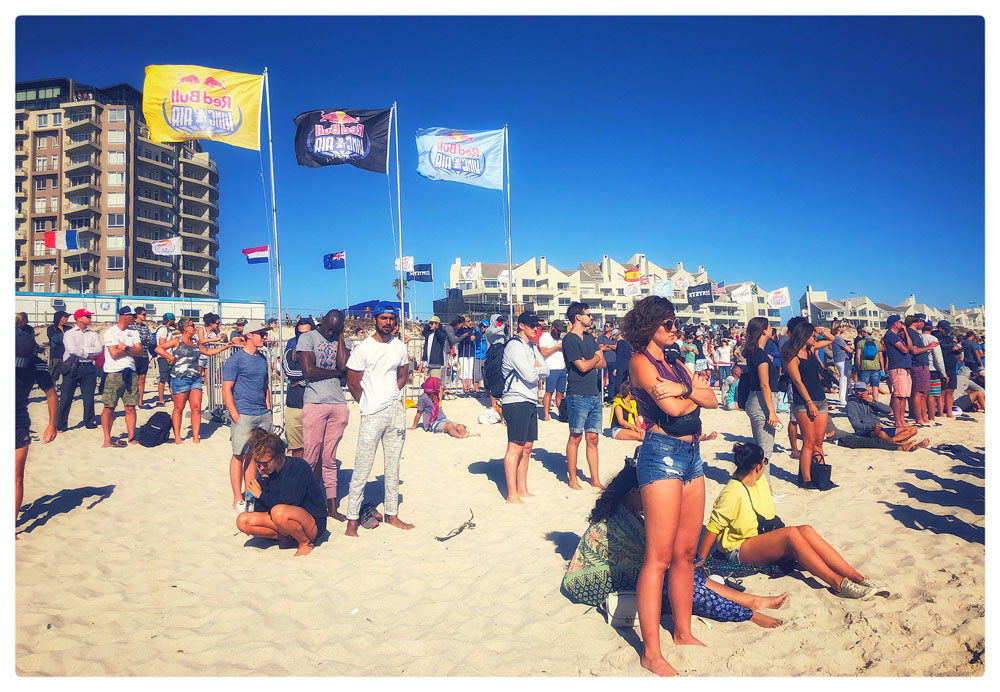 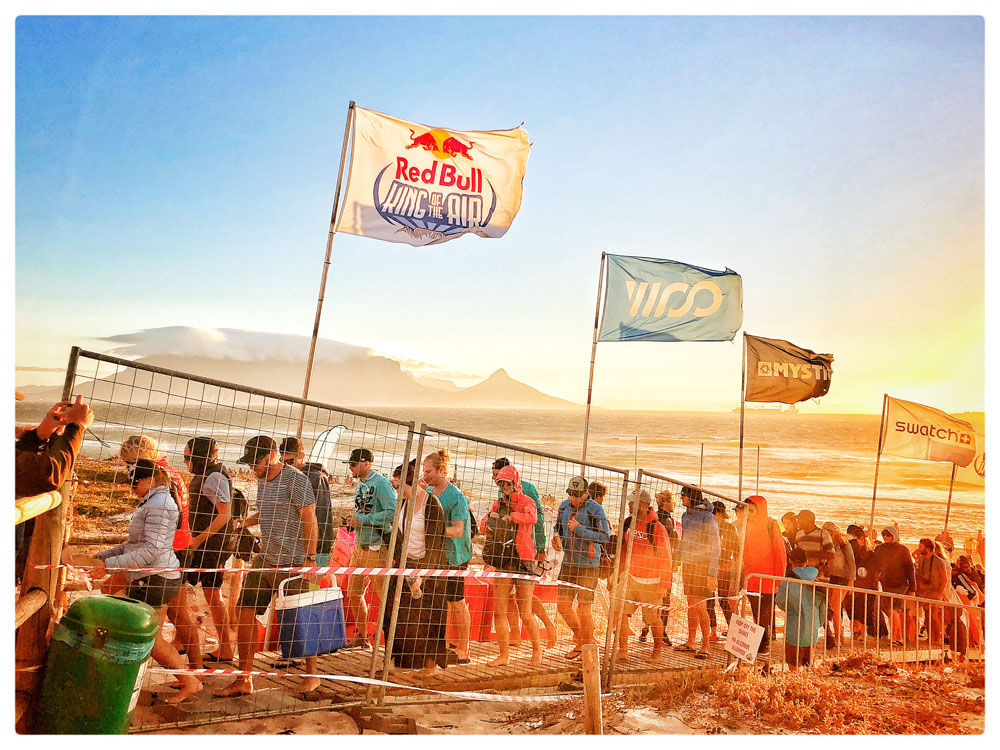 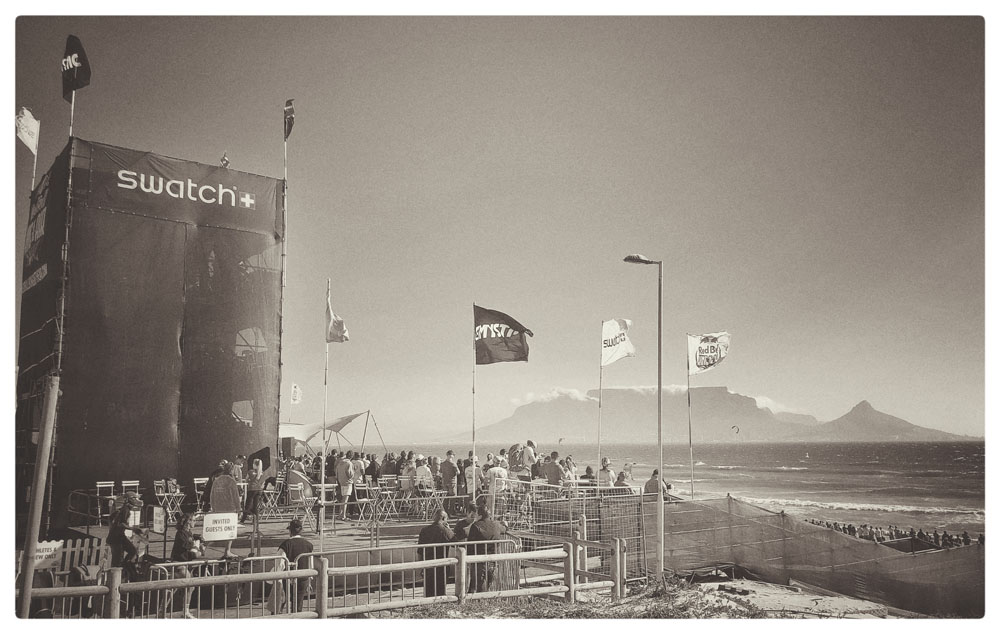 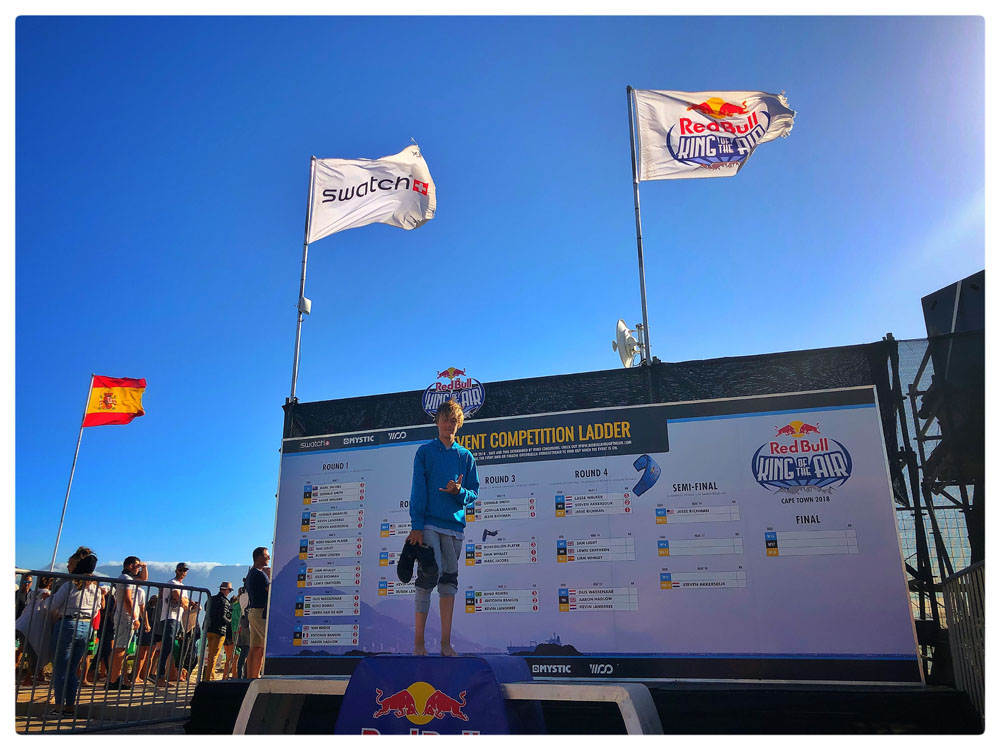 Keanin who recently moved from Johannesburg, has become a huge fan of kite surfing (forgetting about malls and xbox) and he is today an even bigger fan of Kevin Langeree.  Keanin and his friends are already starting to kite and they love the vibe that the ocean has to offer. 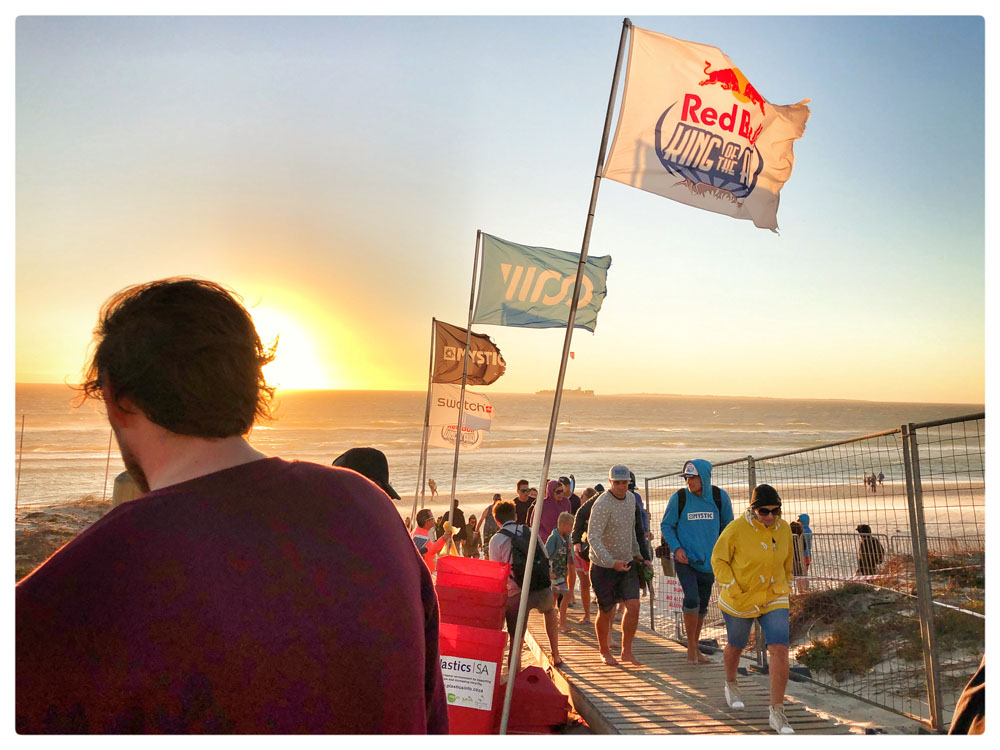 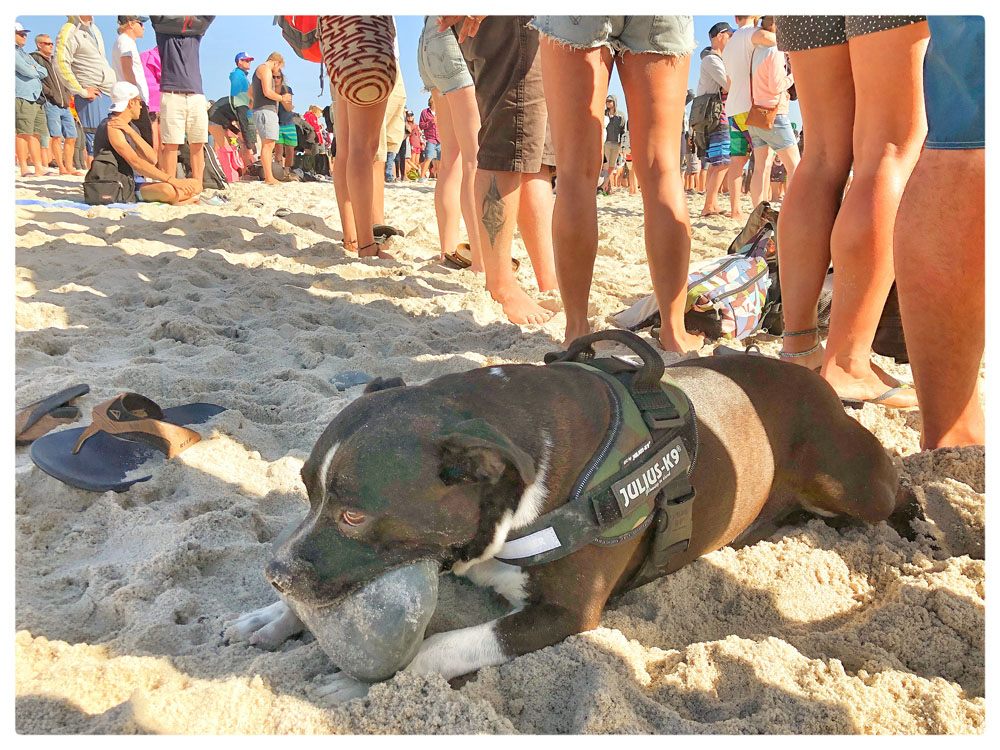 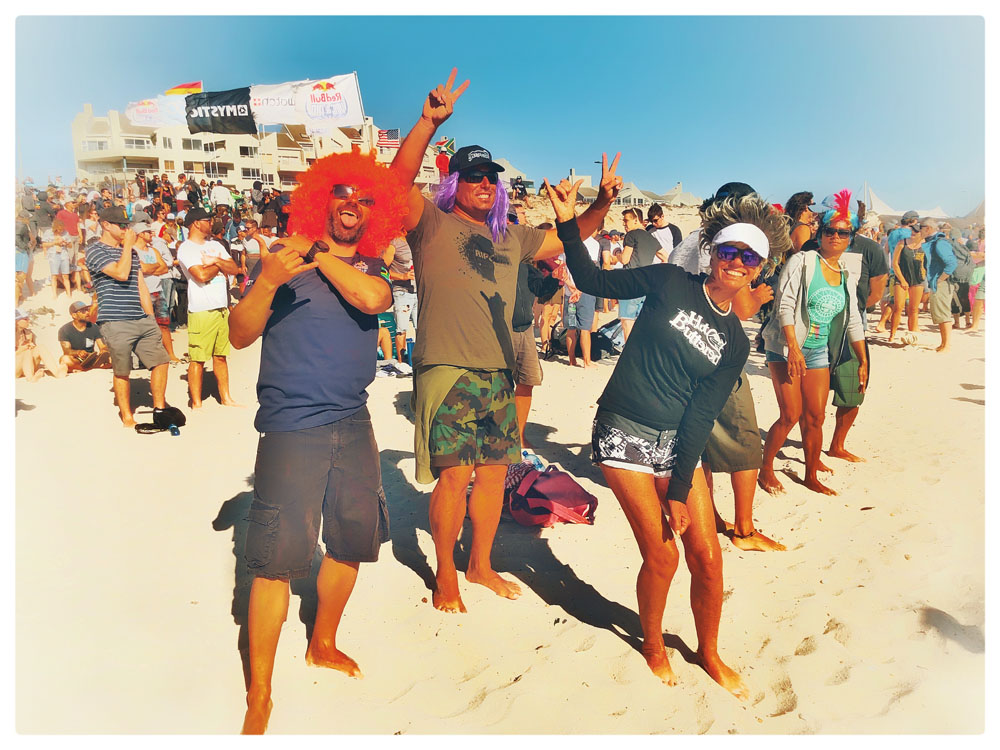 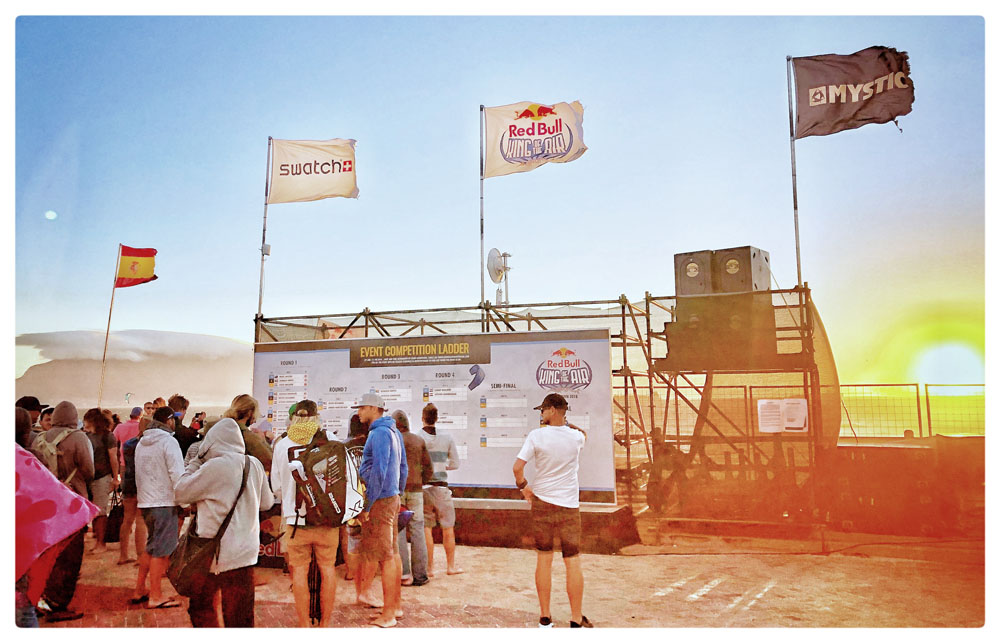 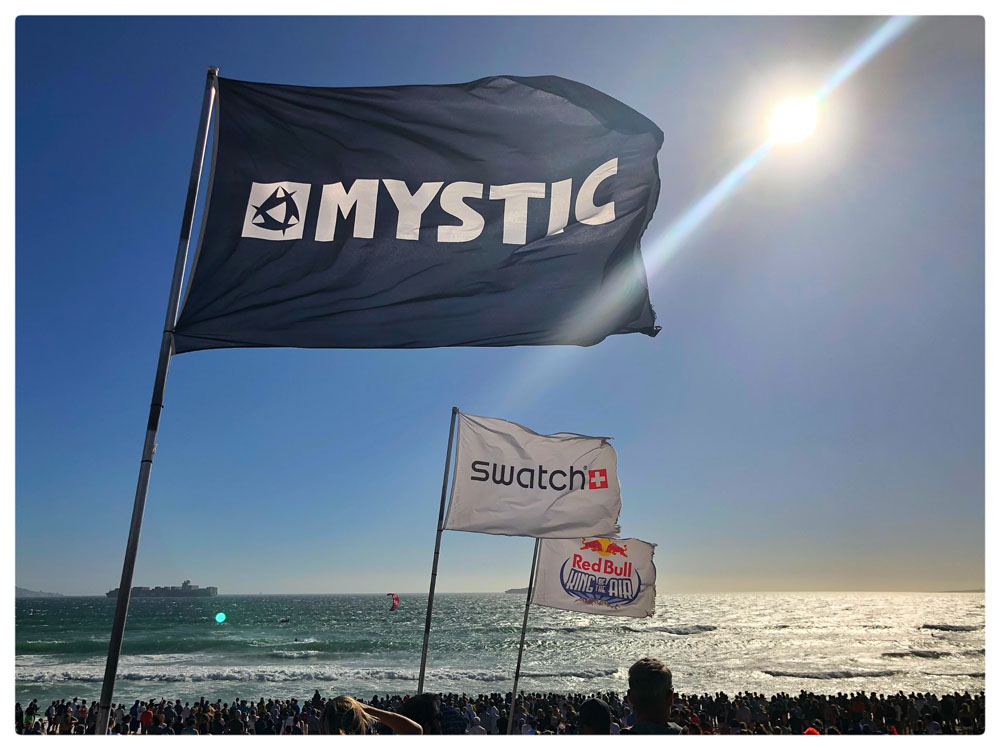 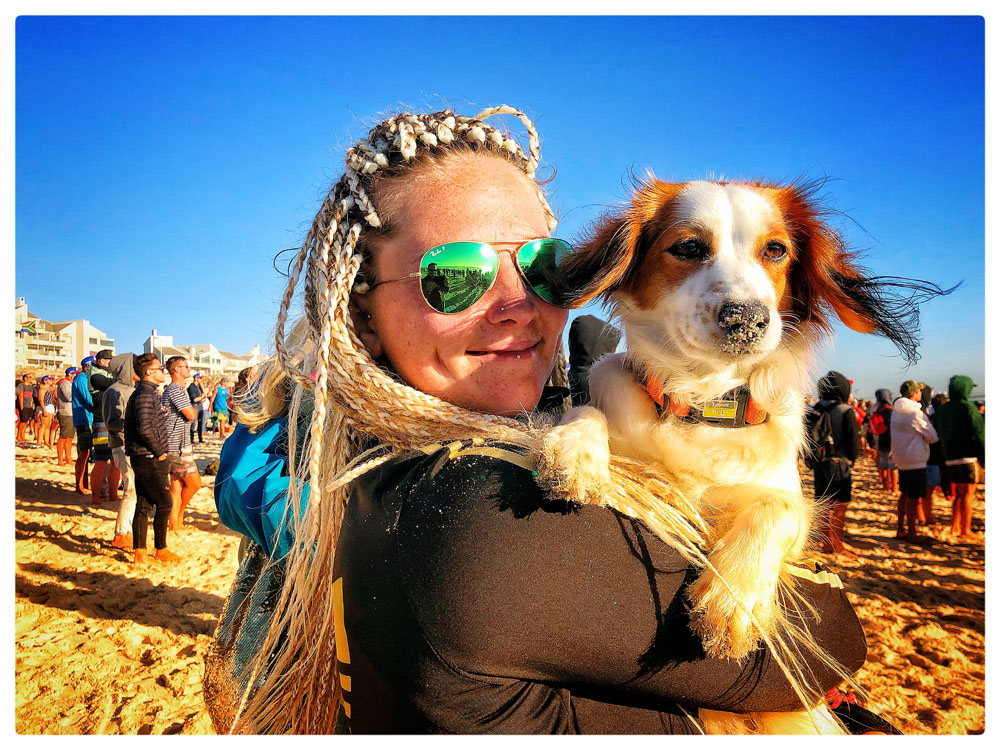 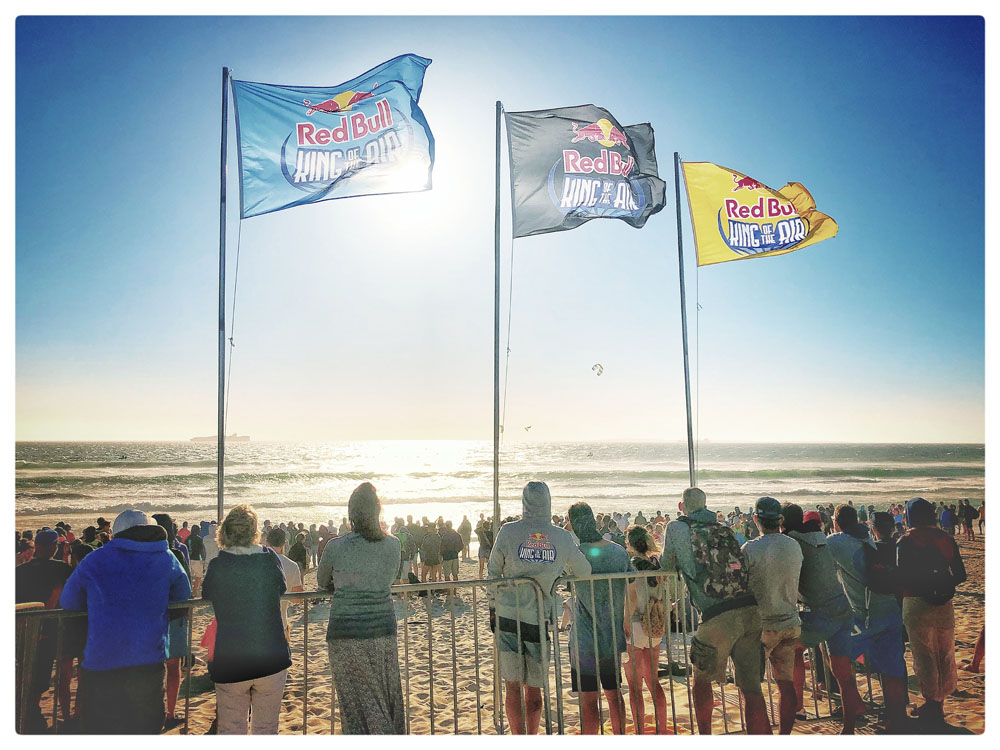 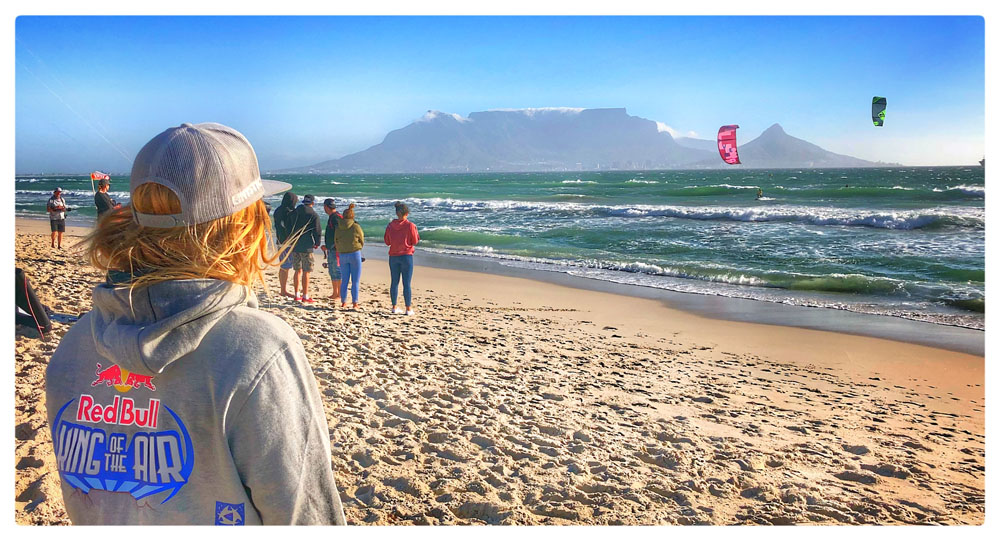 The winning podium with a super stoked and well deserved win for Kevin Langeree, second place went to Liam Whaley and runner up was Lewis Crathern.