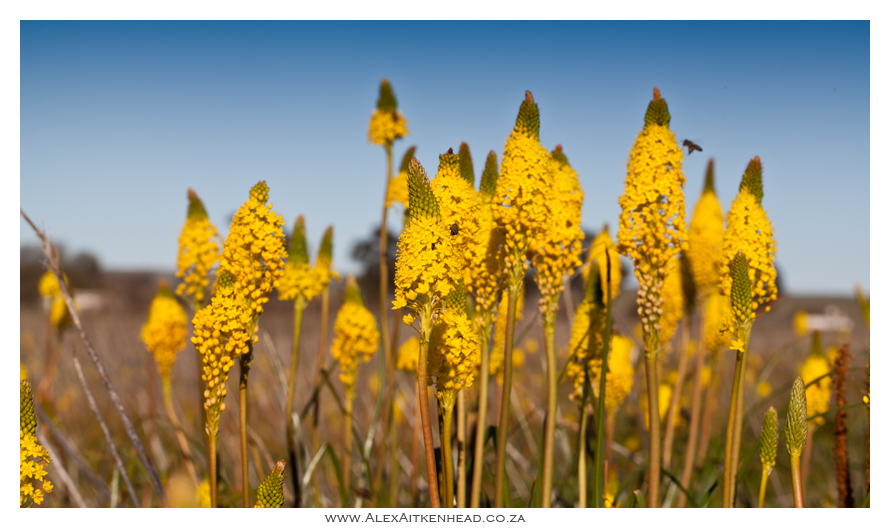 Description
They are characterised by the presence of a dense terminal raceme of flowers, often yellow but also white, pink, yellow or orange depending on the species. One of the New Zealand species only species with white and yellow flowers. Each flower occurs in the axil of a bract and has 1 nerved perianth segments that are almost free. Each flower has 6 stamens. The seeds are characteristically shield shaped and there are one or two seeds in each chamber.

The plants may grow up to 1 metre in height and have narrow or thread like but never succulent leaves. The leaves decay into prominent fibres at the base of the stem, often netted or reticulate in appearance, although this feature is absent from the New Zealand species. They tend to overwinter and aestivate with wiry or swollen tubers.”   Bulbinella, From Wikipedia, the free encyclopedia